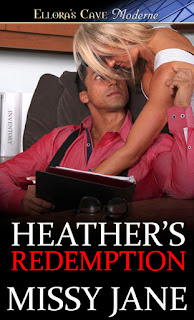 There was a recent blowup online about a romance book that supposedly had a Nazi soldier as the hero. Once the dust cleared the publisher apologized for the confusing cover, which is full of swastika flags, and said the hero is actually a British soldier. I don't know whose bright idea it was to cover that book in swastikas, but in today's climate of hate from white supremacists, especially in the US, it was a terrible idea. But let's dig a little deeper into why there was such a swift, harsh reaction from #Romancelandia. If you're on Twitter at all you will notice there a few topics that get a large collection of romance readers, authors, and bloggers up in arms. The one this hit upon is a terrible choice in "hero". If you're reading a romance book, there is going to be a heroine and/or hero. So, let's look at the ones that shouldn't ever, ever, ever make the cut.
Racists: it's always been a struggle for minorities in the US to get a fair shake at literally anything at all. Some things have gotten easier, some things have gotten harder, and some things have stayed the same. So, let's look at why using a Nazi soldier, or any flavor of white supremacist is not ever okay. Racism is a learned trait that usually takes some time. The average romance book only has so many pages, and usually sticks to a tight timeframe. If a person learned their racist traits from their parents then that's at least eighteen years of indoctrination the love interest would have to muddle through. I'm not saying it can't be done, but should it? The hero/heroine can start off on the wrong foot (see enemies to lovers trope) but it can't be so bad that we absolutely hate them from page one. The reader has to believe they are savable, that there are redeeming qualities to the character to make it worth our time to want them to become a better person. Sorry, but racists just don't fall into that category for me.
Murderers: I've had to have this talk with my teenage son who has a ton of great story ideas pouring out of him. If it's going to be a romance book the hero/heroine CAN NOT kill anyone in cold blood. Self-defense? Sure. But it has to be the absolute last resort. Odd accident? Maybe. It would really depend on the circumstances and the character must be left emotionally devastated to know they've taken a life. Adding a murder to a romance book can be tricky, because it has to have a Happily Ever After Ending to be romance. If it's the hero/heroine holding the smoking gun, then they better have a very good reason.
Adulterers: This is my personal hot button topic. It's very hard for me to read a book where any cheating is going on, so I tend not to write them. There may be some past history mentioned, but nothing in the readers face, especially form the hero or heroine. My opinion is that cheaters will always cheat, no matter who they're with at the moment. So, there is no way a story with a cheater will end in a HEA if that cheater is a main character. In the book shown above the heroine starts off with the cheating boyfriend of the heroine from the previous book. I really struggled with whether or not to give Heather her own book, but quickly realized the story told in book one wasn't her whole story. It was the cheater's story. I was able to give Heather her redemption because she had been tricked by the cheater too, and then kicked him to the curb.
Sociopaths: The essence of a romance story is that two people come to care for each other deeply and fall in love. A sociopath by definition doesn't care about others. No matter what sub-genre of romance book you have the couple (or polyamorous group) will care deeply for each other by the end and show it in various ways. Though any one of them could show a lack of empathy at times, they can't be completely without it to the end.
I'm sure I've missed a slew of characters that you would never want to read as the hero/heroine of a love story. Feel free to comment below with others, or if you disagree with any of the ones above, tell me why.
Posted by Author Missy Jane at 7:00 AM