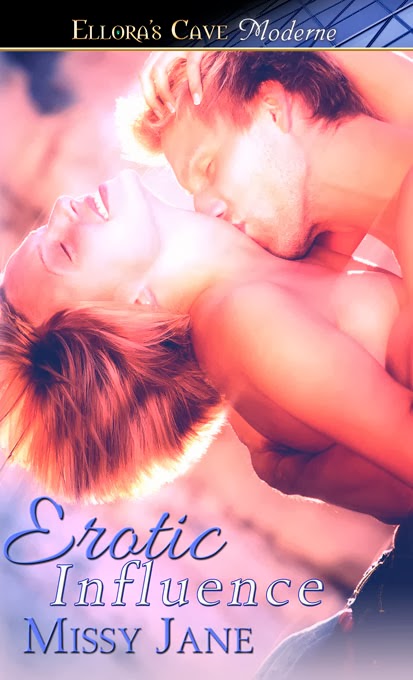 Rick was about to give up and head home when a very sleepy-looking Annie finally opened her front door. She was adorably rumpled and had neglected to put her glasses on. Large green eyes blinked up at him in confusion and he couldn’t help but smile.

Her sweet mouth dropped open but nothing came out. He took the opportunity to lean forward and kiss her lips. She moaned into his mouth and he pulled her into his arms. A sense of peace settled over him and he knew that was what had been missing all week. He deepened the kiss until she melted against him.

The sound of a car passing had her jumping back. He released her reluctantly and glanced behind him. It was someone from farther down the road whom he didn’t know. The car didn’t even slow down.

He appreciated the breathless quality of her voice. At least she seemed to be as affected by their kisses as he. He ran a hand over his face and gave a short nod. “I’m sorry I haven’t been by all week. I got busy with work unexpectedly.”

Confusion crossed her features for a second before clearing into a smile. “Yeah. My dad’s working late.”

She moved back and he stepped into the dim interior. Only the bright Texas sunlight breaking through the cracks in the blinds illuminated the living room. Somewhere down the hallway another light was on. He guessed it to be her bedroom.

She shut and locked the door once he was inside and he couldn’t keep from touching her. Luckily she didn’t protest when he pulled her against him again. He rubbed his lips against hers slowly before slipping his tongue into her mouth.

“Mmm, you taste so good,” he whispered.

That made him smile and he pulled back to look down at her for a moment. “How late is your dad working?”

“Until six or seven. He wasn’t sure. Tammy’s working ’til seven for sure.”

“Good. That gives us plenty of time.”

Rather than answer, he took over her mouth again.

He wanted her in his bed. Or any bed really. But he knew that might be dangerous. She didn’t seem very experienced and he didn’t want to scare her away. Every reserve of patience might be tested by sweet Annie May, but he planned to take things slow and easy. The past week had been hell. Of all the times to be needed in the office every damn day, it had to be this week when he was aching to be with Annie. He’d gotten home late every night and her father had been home. Finally, today he had finished the project and hightailed it out of there early.

She melted against him and moaned as he suckled her lips. Her eager responses ratcheted up his arousal until he wasn’t certain he’d be able to pull away. Somehow he found the strength to stop kissing her long enough to make it to her room. She shut the door and he pressed her against it as he kissed her again. Her sweet flavor was addictive. She wrapped her arms around his neck and he dropped his hands onto her slender hips.

Luckily she wasn’t wearing her damn hoodie. He slipped his hands beneath her thin t-shirt and up her ribs until he encountered her bra. She shivered and pulled back, gasping in a much-needed breath.

She sighed and leaned her head against his chest, hiding her expression. “I’ve only done this once before.”

Her softly spoken words left him both terrified and elated. He had guessed she was inexperienced, had almost hoped she was a virgin. The thought of another man touching her infuriated him, but at her age he had expected it. Knowing she had only been touched once helped…a little.

“That’s fine by me, baby. We can take things as slow as you need. All I want to do right now is make you feel good. I want to see you come apart in my arms.”

She shivered again and he took the opportunity to move her hair off her neck so he could taste her heated skin. She moved her head to the side and gave him better access. He slowly made his way down her throat to the top of her collar.

“Can I take your shirt off?” he asked.

Her short fingernails dug into his shoulders. “There’s not much to see.”

“Let me be the judge of that…please?”

BUY IT!
Posted by Author Missy Jane at 7:00 AM No comments:

Follow my blog with Bloglovin
Posted by Author Missy Jane at 9:06 PM No comments:

I don't usually enter writing contests, other than the annual NaNoWriMo challenge. A short story challenge was brought to my attention about a month ago and I was intrigued. There are multiple rounds and with each one the word count and time-frame to write the story gets smaller. The writer is given a genre, topic, and character for the story. My first heat was: romance, fire, reporter.

I was absolutely thrilled to get romance as my first genre. However, when I wrote the initial story I didn't put enough of the topic in there. Fire was supposed to be integral to the story. My first try, Heating Things Up, can be found here.

I won't know until March 24th if I made it past the first round. My final submission to the contest, Hearts on Fire, can be found here. Feel free to let me know what you think.
Posted by Author Missy Jane at 7:35 PM No comments:

Email ThisBlogThis!Share to TwitterShare to FacebookShare to Pinterest
Labels: free short stories, short story challenge 2014, sweet romance, writing contest
Newer Posts Older Posts Home
Subscribe to: Posts (Atom)
*All photos used on this blog are either my own original photos or ones I have personally gained permission to use from the photographer or from the model who in good faith has told me he/she has ownership of their photos. No photo on this blog can be used without express permission from myself or the owner of the photo(s).*