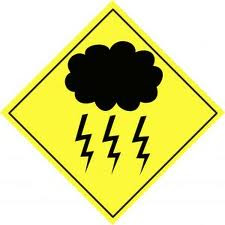 Warning! The upcoming rant is a direct result of working with the public five days a week for over eight hours a day...
Someday I'll have enough disposable income to quit my day job and stay home to write. Until then, I work at a bank as a teller. It's not an overly difficult job. For the most part I enjoy what I do, but there are days when every idiot in creation walks through our double glass doors. Let me tell you, stupid people, we talk about you the second you're ass disappears from the building. We laugh, complain and generally degrade everything about you for a few minutes and then never think about you again. You know who you are. Come on, you have to know who you are. No? Here's a few clues in the form of my greatest customer pet peeves:
Really, I think the average person has the potential to be very smart. Unfortunately some days all I get are less than average customers. I always try to be the best customer I can possibly be, because I know the person taking care of me is only human too. My time and schedule aren't more important than anyone else's.

All right, end of rant. You can all now go back to your regularly scheduled programs.
Posted by Author Missy Jane at 8:20 PM 4 comments:

Living Without the Internet and other Drama

So, I finally got my internet back this morning, whippee! The past few days have been a little dull without it. However, I didn't shrivel up and die or anything even close so now I know life will go on. I caught up on some reading and have discovered a new love of western romances. My local library had on their "sale" shelves three books by Jodi Thomas with Texas in the titles. How could I possibly resist? I started with Texas Princess only to realize it is book two in a series of four. Since I didn't have book one, Texas Rain, I went ahead and read the three I had and later searched for book one. It's a wonderful series and any fan of historical romance would enjoy it.
Other than reading I did a little writing too...very little. New characters and plots keep popping into my head when I know damn well I have more than enough works in progress as it is. What can I say? There's just no arguing with some characters. I've finally begun the vampire story I keep threatening to write. And here is where the drama comes in: is now the best time for more vampires? Okay, not really drama, just doubt and confusion. I don't particularyl want to spend time on vamps right now but they won't leave me alone. I'm going to have to write them out to keep them quiet.
Some real-life personal drama is my hubby's upcoming birthday. My oldest is very excited about it and plans new things every other day to buy him. The problem: I didn't get diddly squat for my birthday. Can you believe a sixteen year old told me to "be the better person"? Well...I don't wanna. After over fourteen years of marriage he should know better. I didn't even get a card, damn it! Well, at least my readers made the entire month awesome for me anyway :-)
Speaking of which, I have finally sent off ALL of the prizes. As of today every single package has been shipped. US winners please allow a couple of weeks, international I have no clue. If you won and don't recieve a package from me within a reasonable time please email me.
All right, the vampires are calling...
Posted by Author Missy Jane at 5:09 PM No comments:

Switching Worlds and Losing My Groove

I recently finished a work in progress that spanned an entire year. Why did it take so long? I kept changing my mind on the direction the story should go. I'd submitted version one last year and it was rejected, but I was lucky enough to have an editor willing to give me a second chance. I wrote up version two and wasn't satisfied with my heroine at all. So, before starting version three I gave myself a stern talking to and went with my gut. I'm very happy and hopeful about the finished product. We'll see if my editor feels the same way.

Now the problem is what to work on next. I have way too many unfinished stories calling to me. My characters are begging me to listen to them and get it all out on paper, but who do I listen to? I decided to work on a sequel to my erotica, Resignation. However, I've been struggling to get in the groove. My fantasy characters are mad at me because I've been ignoring them for nearly a year. And to top it all off, my shifters are screaming to keep the attention they've gotten used to over the past few months. They're kind of like my children that way.

Speaking of children, I also promised my daughters I would write something they'd be allowed to read for once. Hmm, when will that get done? I think for now I'll open up a few documents and type here and there as the mood strikes me. Hopefully the dialogue won't get mixed up between projects since I've suddenly acquired a ten-second attention span. I blame twitter for my new found need to hop around and type just a little bit here and there. Maybe that's why I now have so many darn blogs...
Posted by Author Missy Jane at 9:27 AM 2 comments:

At one point in time in the not so distant past, Myspace was a novelty to me. I never considered it a waste of time or child’s play. I thought it was amusing and served a purpose, but not necessarily something I needed. Then an out-of-town friend told me I should create my profile so we could keep in touch on a daily basis. Ok, I was all right with that. He said everyone was on Myspace. Never one to let a little peer pressure pass me by, I caved and logged on. A few months later Facebook was all the rage and I thought I didn’t need it because I had Myspace. Again I was proven wrong by another friend who claimed everyone was on Facebook. Ok, fine.

I spend a lot of time online, writing, reading, playing around. Social networking is not exactly a chore for me. In reality I talk all day long at my “day job” so having conversation via text is not a problem. It’s actually a bit relaxing to be able to respond at my leisure, however when I heard of Twitter I’ll admit I was perplexed. I had to have whole conversations 140 characters at a time? I talk a lot in person and my emails and posts tend to drone on. 140 characters? Really? That’s not even limited to the alphabet. My spaces and commas had to fit into that restriction as well. I proofread my text messages before hitting send. How on earth could I leave good grammar behind and learn to write messages with numbers?
Amazingly no one called, emailed, or otherwise coerced me onto Twitter. I found it all by myself and discovered not everyone tweets. That’s all right because now I do. My first few attempts were nothing to brag about but I think I have it down now. I’ve learned abbreviating doesn’t hurt and how to cut my thoughts short. Like Wheel of Fortune I need my vowels and seeing messages without them is like fingernails on a chalkboard to me. My hubby doesn’t get it, co-workers look at me funny and a friend said they’ve lost respect for me now. Because I tweet? Yup. Well, I told them what I thought of that ridiculous statement. And it took less than 140 characters.
Do you Twitter? Facebook? Myspace? I know there are many more out there, but there are only so many hours in a day I can dedicate to being online and only so many variations on my password I can think up. For now I’m happy with these venues.
-Missy Jane
*make reading a guilty pleasure…*
Posted by Author Missy Jane at 8:47 PM 2 comments:

Email ThisBlogThis!Share to TwitterShare to FacebookShare to Pinterest
Labels: Missy Jane, online life, social networking, Twitter
Newer Posts Home
Subscribe to: Posts (Atom)
*All photos used on this blog are either my own original photos or ones I have personally gained permission to use from the photographer or from the model who in good faith has told me he/she has ownership of their photos. No photo on this blog can be used without express permission from myself or the owner of the photo(s).*