I have a new home on the web where I've combined all of my websites/blogs for your convenience.


You can find my author website, including my blogs "A Thought Here and There", "The Federal Nation of Therianthropes", and "The Combined Human States" all in one spot on the web:

Posted by Author Missy Jane at 10:00 PM No comments: 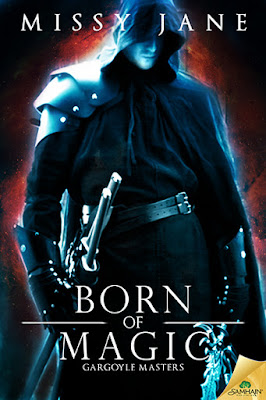 Here it is! The second book in my Gargoyle Masters series is titled Born of Magic and it will be out this summer. This is Master Wynnston and Master Kephas' book. Here's a sneak peek:


As his month-long guard duty comes to an end, Master Wynnston should be looking forward to well-deserved time away from the king’s castle. Instead, he feels strangely reluctant to leave. When Zephara of the Pastelle race arrives, he realizes why.


The stunning, silver-eyed ambassador is the woman his heart, body, and soul have been waiting for. She’s also a powerful wizard who will endure the test of the Twenty. Wynn has never been afraid to woo a strong woman, but winning and keeping Zephara’s love will test him to the limit.


Meanwhile, pure chance has finally led Master Kephas to find the runaway Princess Theodora. But before he can return the frightened, skittish beauty to her father, he must win her trust—and her heart.


Physical strength will do Wynn and Kephas no good as they face their challenges. And two women will search deep within themselves for the strength, courage—and tenderness—to bring two powerful men to their knees.


Warning:  If you’re looking for ugly stone creatures, move along—you won’t find them here. If you like hot, protective, males who aren’t intimidated by strong, assertive females, settle in and turn the page.

Posted by Author Missy Jane at 7:00 AM No comments: 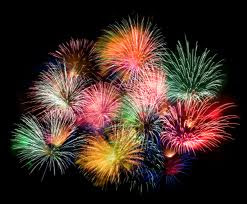 Happy 2016! I hope all of my readers had a fabulous end to 2015 and so far a great New Year. I finally got back into the writing groove late in 2015. I have an idea of what caused my general funk and hopefully that will never happen again. We shall see. So far things are moving along well and I've been inspired to write on multiple fronts.

2016 will bring in three releases for me. The sequel to Born of Stone: Born of Magic, will be out in the summer. Keep your eyes peeled for the cover reveal. My third Archangel book will be out this year as well, but no dated pinned down yet. Also, They Call Me Death is currently undergoing a major make-over. My initial thought was to give it a minor make-over with a basic re-edit. However, my new editor is AMAZING and has my creative wheels spinning like crazy with his initial feedback. So, there may be some major rewrites there after all.

More news: Ellora's Cave will be putting my Love Beyond Barriers series in print this year. I'm currently trying to think up titles for the two paperbacks. Have an idea? Shoot me an email or comment below. Also, if you own the series and remember seeing a typo, PLEASE let me know. I plan to spend this coming weekend rereading them myself.

On the personal front: I decided not to bother making actual resolutions this year. I'm sick of feeling like a failure in mid-February. So instead I'm going to continue to try making smarter lifestyle choices. I actually started this a couple of months ago. There have been many hiccups so not a lot of visual progress yet, but I'm hopeful. I can say that writing again feels so good, it definitely has me in the right mindset.

That's it for now but stay tuned for more news. I'm hoping to set up some signings around my new release dates. Want me to come to your city? Please let me know.
Posted by Author Missy Jane at 8:28 PM No comments:

Email ThisBlogThis!Share to TwitterShare to FacebookShare to Pinterest
Labels: daily life, new year, news, writing life, writing update
Newer Posts Older Posts Home
Subscribe to: Posts (Atom)
*All photos used on this blog are either my own original photos or ones I have personally gained permission to use from the photographer or from the model who in good faith has told me he/she has ownership of their photos. No photo on this blog can be used without express permission from myself or the owner of the photo(s).*