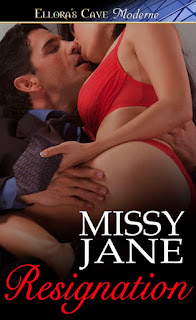 
Desperate times call for desperate measures, and Lynn Graves has already cut her expenses to the bone. When an ad for a modeling job is brought to her attention, she simply can’t refuse the quick money. But once she meets the sexy photographer, it doesn’t seem so simple anymore.

EXCERPT
BUY
Posted by Author Missy Jane at 4:00 AM 2 comments:

Do You Know Vaughn R. Demont?

House of Stone
Blurb:
A modern knight, a noble quest, and a magical sword. What could go wrong?
Welcome to the City, where gods run nightclubs, goblins hire out as mercs,
sorcerers work their magic, the Fae hold court over every neighborhood…and humanity is blissfully ignorant of it all. For minor Fae noble Richard Stone, life is going well. He has a decent fiefdom (okay, it’s a slum), a budding acting career (okay, so it’s porn), and one of only five magical swords in the City. An arranged
marriage is barely a blip on his worry meter—until his family blade loses its magic. The shame of it puts his noble standing in jeopardy. To regain his status, Richard needs help. Fortunately, his new bride is a sidhe knight and his servant Simaron has, er, his back. Together they embark on a quest to find the demon who slew his father, investigate a conspiracy that goes to the highest echelons of Fae nobility, and discover a secret family legacy that could ruin his House. All while keeping up appearances to a society that demands perfection. And they say a noble’s life is easy…
Warning: This book contains explicit gay sex, not-so-explicit gay sex, explicitly implied gay sex, routine breaking of the fourth wall, occasional bouts of Pearl Jam fanboy-ism, and plot. Side effects include confusion and headaches, and are best avoided by reading the pages therein in numerical order.

Blurb:
Always have an ace up your sleeve.

If con games were taught in high school, Spencer Crain would be on the honor roll. As it is, he’ll be riding the edge of failure to graduation next month. Then Spence gets the news that his long-gone father is not
only dead, but was a Coyote, one of three clans of tricksters in the City.

With a near-catatonic mother on his hands, Spence couldn’t care less about the Coyotes’ ongoing feud with the Phouka and the Kitsune—until it lands on his doorstep. Suddenly he’s thrown headfirst into a dangerous
world he knows next-to-nothing about. His only guide is Rourke, dashing King of the Phouka, plus a growing pack of half-siblings, a god, and Fate herself.

As Spence embarks on a journey to learn the Coyote’s creed, the truth about his heritage, and how to handle his growing attraction to Rourke, he wonders when his life turned from TV sitcom to real-life danger zone. And what price must he pay to survive the next roll of the dice… 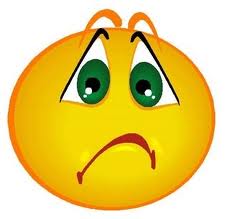 I'm not usually quick to anger. For the most part I consider myself pretty laid-back and patient when it comes to most things. However, as a reader and an author there are a few things that really tick me off because they can be so easily avoided or fixed. The following is a little bit of a rant that is general and not intended to call out anyone in particular. I'm just in one of those moods.

First off, as a reader I like to win things as much as the next person. I like to read blogs and am willing to jump through hoops to enter a contest if the prize is right. Why in the hell would anyone begin a contest, promotion, etc, right before a major life event? Moving, getting married, expecting a baby? How about you wait a few weeks and do all your promo stuff after? Not only does this make more sense in your schedule, your readers don't suffer the wait while you get your shit together. Now, I completely understand life happens and doesn't necessarily give a damn about anyone's schedule. However, when you already know big stuff is coming your way that will take all of your time and attention, don't start something where readers or authors will be waiting on you to finish.

Second, get the facts straight and update. While thinning out my bookshelves over the past couple of weeks I made a master list of the series I'm currently reading. I have quite a few auto-follow authors I love to read. In order to be sure of reading order and to know if I had all the books I visited many author's sites for confirmation. Boy was I shocked to realize not everyone keeps their site updated on a regular basis. Is it really that hard and time-consuming? Well yeah, it can be. But two years?! For one I had to go to the publisher's site to learn the two newest book release titles. Not only is that inconvenient for the reader, it makes no sense for an author to cripple her/himself that way. Trust me, if I can figure out how to keep my site updated weekly, anyone can do it. I'm so NOT tech savvy.

Third, and kind of related to the rant above, check your facts. It's really embarrassing and humiliating to have an author's name misspelled on a site. God forbid you do that on your own site, but I've seen it. If you expect an author to promote the event you've worked so hard on, take the time to triple check your spelling and links. Be sure your using the right name/pen name and book title(s) as well. This might seem common sense, but I've seen it.

And last, but certainly not least, authors and bloggers if you ask for feedback, don't ignore it. I can attest that blog comments are precious and appreciated, so why would you monitor all of them only to blatantly ignore any that aren't spam? If you don't think it fits the topic or is inappropriate, take a few seconds to respond to that person directly. No one likes to be ignored even for something so small and you may lose a reader for life.

Back to Smut Celebration and Giveaway!

Email ThisBlogThis!Share to TwitterShare to FacebookShare to Pinterest
Labels: giveaways, guest blogging
Newer Posts Older Posts Home
Subscribe to: Posts (Atom)
*All photos used on this blog are either my own original photos or ones I have personally gained permission to use from the photographer or from the model who in good faith has told me he/she has ownership of their photos. No photo on this blog can be used without express permission from myself or the owner of the photo(s).*