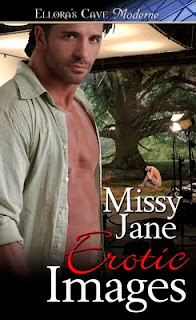 I have to be one of the luckiest authors in existence! Not only have ALL of my book covers to date been beautiful, but this time I got Jimmy Thomas! If you're not familiar with his face maybe you've been too distracted by his body. He's been on over thirteen-hundred romance novel covers and now he's on mine too :-D

I'm currently in edits for this book but as soon as I know the release date I'll post it here.
Posted by Author Missy Jane at 1:26 PM 1 comment: 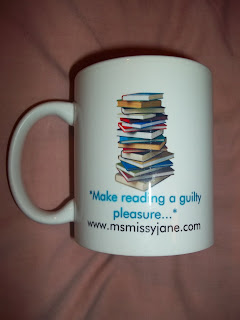 Today is Monday and this is where you should be seeing another one of my weekly character reviews. They have been fun for me because I love discussing books and especially characters that leave an impression on me. However, the response has been lackluster and the whole process takes precious time. I've weighed the pros and cons and decided to put any more character reviews on hold for now. Don't worry, I'll be doing another Birthday Blog Tour this year during my birthday month of June. There will be plenty of chances for my readers to win prizes all month, including the cool coffee cup pictured to the left.
Until then, happy reading!
Posted by Author Missy Jane at 6:00 AM No comments:

First off, let me apologize for the tardiness of this post. Character Review #6 was supposed to run along the same schedule as the first five reviews. However, Mother's Day arrived and with it a day of decadent laziness highly encouraged by my hubby. So you see, it's his fault (don't tell him I said that). I do normally write the posts on Sunday (usually at the last minute) and schedule them to post first thing Monday morning for your viewing pleasure. Well, as I said, with Mother's Day falling on this past Sunday I did nothing but read all day long and by the time I was ready for bed there was no getting any writing out of me.

But alas, here I am, only a few days late and ready to tell you all about Queen Adara of Taagaria, the abandoned wife of Christian of Acre, in Kinley MacGregor's Return of the Warrior. First off, even if you've never read Kinley MacGregor you may have read her. She is the alter ego of Sherrilyn Kenyon, better known for paranormal romance than historical. One thing both authors have in common is hot, strong men and their equally strong women. That is something that draws me back to her work time and again. Off the top of my head I don't think I've ever read a TSTL (too stupid to live) heroine in any of her work. Queen Adara absolutely doesn't fit into that category either. She is a queen after all. She is noble, beautiful, brave and strong...and has the balls to travel through hostile lands to find her husband.

In this installment of the Brotherhood of the Sword series, we meet Christian of Acre. He is a wounded hero wanting nothing more than to fulfill the moral obligations he placed on himself when imprisoned alongside other brave men. They formed the brotherhood to stay alive and aid each other, and now nothing and no one has his loyalty but them. Until he steps into a room to find a beautiful, naked woman claiming to be his wife. He refuses her but decides to help return her to her kingdom through harsh, dangerous lands. Adara is no fool. She quickly realizes she is in serious danger of not returning home in one piece. She also decides not to give up on the tormented warrior she married as a child. She shows strength of will as well as true courage and feminine stubbornness. She easily became one of my favorite female characters.
Though she is cunning and fighting for the strength to care for her people, she isn't an over-the-top, kick-ass heroine. She knows when to hold back and let the hero have his pride.

Do you prefer the kick-ass heroine that takes over from the start? Or is the more subtle femme fatale more to your reading taste? Tell me in a comment below or just recommend a female character that stayed with you long after the story ended. One reader will win a slightly used (but in VERY good condition) copy of Return of the Warrior. Be sure to include your email addy.
Posted by Author Missy Jane at 6:00 AM 4 comments:

So I obviously never got the post written that was supposed to be up yesterday. But, never fear! You can still win a book from me today! Go to JoJos Bookcorner, where I'm a guest blogger and read my post about Adrian Paul. Then leave a comment and you could win Men In Kilts by Katie MacAlister.
Good Luck!
Posted by Author Missy Jane at 11:52 AM No comments:

...and then I'm off to bed. I hope all of my mommy readers had a fabulous, relaxing day today. I did! In fact, it was so relaxing that I completely forgot I was supposed to be writing a blog post on my next character review. Oops! Therefore the contest will start a little bit later than usual, but I promise to have Character Review #6 posted tomorrow evening.
Here's hoping you had a wonderful Mother's Day, Sunday and entire weekend! 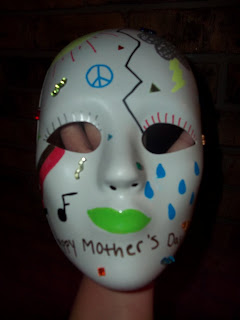 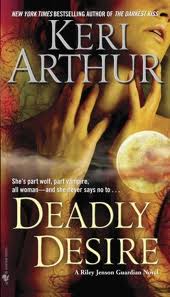 Has there been a character that made you mad at the beginning of a series, only to redeem him or herself later on? Comment below with your answer and include your email address. You may win a copy of Deadly Desire! I'll pick my winner on Tuesday evening. Good luck!
Posted by Author Missy Jane at 8:29 PM 3 comments:

Email ThisBlogThis!Share to TwitterShare to FacebookShare to Pinterest
Labels: character reviews, Keri Arthur, Quinn O'Connor, Riley Jensen, vampires
Newer Posts Older Posts Home
Subscribe to: Posts (Atom)
*All photos used on this blog are either my own original photos or ones I have personally gained permission to use from the photographer or from the model who in good faith has told me he/she has ownership of their photos. No photo on this blog can be used without express permission from myself or the owner of the photo(s).*