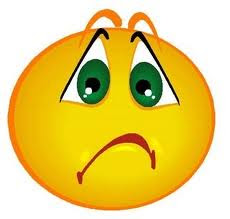 All right we'll start with the bad news: the sequel to They Call Me Death (Much More Than Human) has officially been rejected by my publisher. What does this mean? Well, I'm not entirely certain. I know I can't submit it to the same publisher again (for the third time). However, that doesn't mean I can't submit it elsewhere. I think. The truth is I need to comb through my contract to be sure I can take my characters elsewhere right now. It might be a waiting game. For those of you who have read TCMD, this was to be Emily's story. There is quite a bit revealed in her book about a few other characters as well, Lance chief among them. I hate having to sit on this story. I want everyone who has read TCMD to know what happens next. Unfortunately I have to check out a few things before moving on.
So, for now I will be concentrating on the myriad of other stories I have in progress. Arch angels, vampires and gargoyles are in the works, along with a few contemporary romances. There will be everything from short stories to full-length novels, with a novella or two in between. I hope all of my dear readers understand and don't give up on me or my world of shifters. There will be more to come I promise...I just don't know when.
Posted by Author Missy Jane at 8:17 PM No comments:

Email ThisBlogThis!Share to TwitterShare to FacebookShare to Pinterest
Labels: Much More than Human, paranormal romance, shifters, They Call Me Death

I was at a friend's house with my oldest daughter, the only one I had at the time. We were watching her play and talking of inconsequential things when the news flash came on and a horrible image of a building on fire. Actually it looked like only half a building and there were emergency crews and smoke. It took a while for me to understands what was going on, but later I realized some idiot placed a bomb in a truck in front of the federal building in Oklahoma and killed innocent children.

I was driving down the road on my way home from somewhere I can't remember now, when my phone rang and it was my mom in a panic. "There was a shooting at your cousin's school in Colorado and I can't get a hold of your aunt!" Later I found out my cousin was fine. By some divine intervention she wasn't even at Columbine that day. But those few minutes were some of the worst of my life.

I was asleep. I can't remember why I didn't go to school that day. But, I was home with my grandma and she told me to wake up so we could watch the shuttle take off. I sat groggily in front of the TV, barely paying attention until there was an explosion. All I could think of was a news interview with Christa McAuliffe where her young daughter kept saying she didn't want her mommy to go. I prayed that she was watching but knew the whole family had to be.

On September 11, 2001, I was home with my youngest at the time, daughter number three. My sister called frantic about a plane crashing somewhere up north. It was tragic but I didn't understand why she was so u[set about it until I turned on the news. I sat in absolute shock and watched the images all day. By the time my husband got home from work I was nearly sick from crying but I wouldn't let him turn it off. I tried to explain to my shildren what had happened and couldn't answer all of their questions. The hardest one was "Why?" I really don't know.

I vividly remember all of these and too many other tragic moments in American history. I remember that good, innocent people died right alongside the not so good or innocent. I remember that most of the time, these tragedies are brought on by fellow human beings, maybe not Americans, but humans just the same. And still I can't answer the hardest question... Why?
Posted by Author Missy Jane at 8:00 PM No comments:

A Child is a Gift, Not a Right 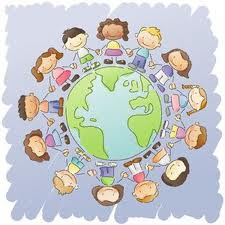 I'll start off with an apology and a warning: today's subject is serious and something I'm extremely passionate about. Children, especially mine, and how important they are to all of us. You may think, "Duh". I wish every parent felt the same. Unfortunately I hear and see disgusting things all the time that prove how unimportant some idiots think children are. This comes to mind because of a couple of things I've experienced since school started two weeks ago. I won't bore you with details, but let's just say I take my neighbor's daughter to school every morning after we drop the child's baby off at daycare. I realized she needed a ride after discovering she'd missed the first day of school. Why didn't her mother make plans for this? Hasn't she known all summer school would eventually start again? Argh! I don't mind being a taxi, really I don't. However, I'm furious that the girl missed the first day of school (and the third for some reason). What if I hadn't happened by?

The other issue is another neighbor's child. He eats dinner with us every night. Again, I don't mind. We have plenty to give. The issue is, they don't seem to care where he is at dinner time. I can't eat a meal without knowing my children have eaten too. I simply can't wrap my mind around this concept of parents caring more for themselves than they do for their children. It's completely foreign to me. I would sell my ass on the street corner if I had to so my children could eat, seriously. This has always been my attitude since the moment I found out I was pregnant with my first daughter. I was nineteen and unmarried, living in a dorm for my first semester of college. After that semester ended I moved back home, went to the community college and made plans for my baby. My entire world revolves around my children. The only thing I really do for myself is write, but they usually reap the benefits of my royalty checks :-)

So, can anyone explain this to me in a way that will make sense? How can a parent of children (not adult children of course) do more for themselves than their children? How can they justify this? I can't stand seeing children is trashy clothes when the parents are in designer duds. It pisses me off to see a parents walking through the store paying more attention to their cell phones than their wandering toddler. We have to take tests to drive and have our cars inspected. Why not test to become parents and require annual home inspections too? Our children are our most precious resource and we're sadly lacking in their care. It's sickening. It's ridiculous.

Just had to get that off my chest.
Posted by Author Missy Jane at 12:51 PM 4 comments:

Email ThisBlogThis!Share to TwitterShare to FacebookShare to Pinterest
Labels: children, rant
Newer Posts Older Posts Home
Subscribe to: Posts (Atom)
*All photos used on this blog are either my own original photos or ones I have personally gained permission to use from the photographer or from the model who in good faith has told me he/she has ownership of their photos. No photo on this blog can be used without express permission from myself or the owner of the photo(s).*