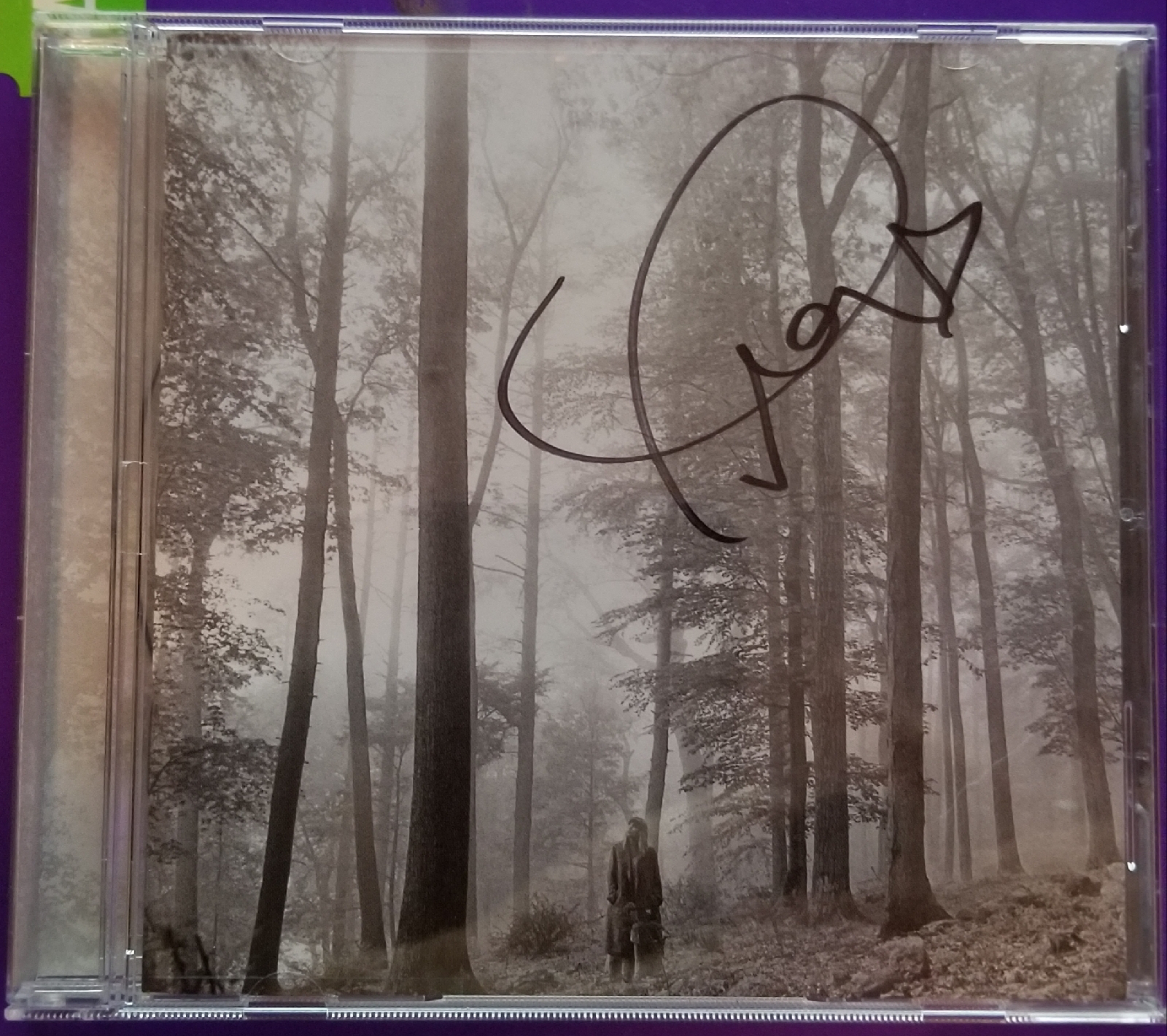 I don't usually refer to myself as a Taylor Swift fan, nor do I shun her and her music. If one of her songs happens on the radio I'll likely start singing along. However, I will admit to a little bit of excitement when I found out she had a new album out. I was even more excited to find out one of the local record stores (Cactus Music) had been sent a few of her autographed copies of the CDs. So, of course I had to run down there at the first opportunity to buy it.
First, let me say that I prefer her more upbeat songs. If I had to pick a favorite it would probably be Blank Space, though I have to admit I might prefer the I Prevail version best. This new CD doesn't really have any songs of that caliber, but given today's climate that's not necessarily a bad thing. I listened to the whole CD over the past couple of days while driving to work. It has a nice mellow, slow-paced feel to it that really helped while I was sitting in traffic. I think Cardigan might be my favorite song, but The 1 is firmly in second place for now.
Hearing the deep voice of Justin Vernon, lead singer of Bon Iver, was unexpected and did throw me off a bit. Exile isn't a bad song, but I think because it wasn't what I expected to hear it kind of rubbed me the wrong way. However, Betty has a cute country feel to it that I liked, while Epiphany and Peace both put me in a slower, sadder frame of mind. Not necessarily a bad thing.
Overall the whole album felt like a step to the side, out of the busy humdrum of my usual day (Yes, I do have to go into work everyday M-F). It's a great CD to listen to for relaxation and to just slow things down a bit. It also brought home to me that Taylor Swift has a really beautiful voice.
Posted by Author Missy Jane at 8:00 AM