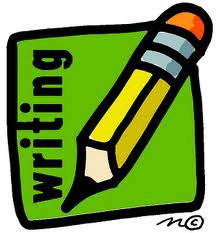 Now that I'm home and have more time on my hands I expect to get a lot more writing done. Okay, it's been three weeks since I quit working and that hasn't exactly happened yet. However, now that I've rearranged my bedroom, cleaned out the linen closets, had a garage sale to get rid of the excess junk, and wrangled the laundry under control...well, I'm still not promising anything.

So what have I done as "Missy Jane" lately? I finished the second round of edits for Day Shift and I'm really excited about this book! It won't be out until November but that's okay. That will give me time to order new bookmarks and other promo items to celebrate the release.

Today I also finished a revision of my previously published short story, Love in Disguise. It was originally released by Sapphire Blue last November. I've subbed it elsewhere and will hopefully hear back on it soon.

Next, I have quite a few WIPs in the works. I've started Sean's story, from Two Week Trial, but that muse has taken a hiatus lately. From the two MS I just finished toying with I have other characters yelling at me too. A sequal to Day Shift is already floating around but not yet begun and a support character from Love in Disguise gets his own story too. I just have to lengthen it. If you liked my shape-shifters as much as I do (okay, really I LOVE them!) don't worry. Emily's and Lance's story is on hold for the moment, but Kotori's is still running through my head. His lady's name is Sanura and she is awesome!

That's it for now (isn't it enough?) but if you have any questions, comments, advice or complaints, feel free to shout 'em out below. :-)
Posted by Author Missy Jane at 2:54 PM