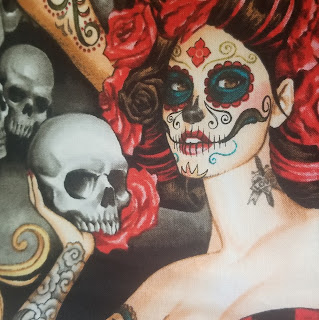 Today is the first day of National Hispanic Heritage Month, a month of celebration that began in 1968. I have never really celebrated it before, though I am Mexican-American, Hispanic, LatinX, or whatever you want to call me. I jokingly say I'm slightly more tan than average. So, what does being Hispanic really mean to me?

Growing up it didn't really mean anything because I was surrounded by a lot of different ethnicities. In middle school that changed a bit when I went to school in Fifth Ward, but heritage and culture weren't things 80s kids really talked about. Then we moved north as I was entering high school, and suddenly I felt like a minority. Bottom line, I wanted to be White, but I never realized how much I denied my heritage until I became an adult.

I took Spanish in high school and my entire family is bilingual, except for me. I was even in the Spanish National Honor Society. But as a teenager, "Mexican" had a bad connotation to me. It meant less, illegal, dirty, foreign, other. I honestly didn't realize I felt that way for many years, but it's something I've been actively working to overcome as an adult.

When I chose the pen name Missy Jane it was purely for convenience. Missy has always been my nickname and Jane is my middle name. But there have been instances of people believing I'm White. The first time that happened I was so surprised, then I really looked at my pen name and though "Duh". It doesn't sound like a Hispanic name. So, now that I plan to venture into other genres of writing I've decided to have a second pen name: MJ Aragon. Aragon was my grandmother's name, and Jane is also in honor of her first name Juanita. I doubt she would've approved of most of what I write under Missy Jane, but hopefully she would have found MJ's stories entertaining.

A few weeks ago my Missy Jane profile on Facebook was hacked and they set up two-step verification, successfully locking me out. FB has no work around apparently, or at least, they ignored my plight. So, I've now created a new FB profile under the new pen name. Feel free to send me a friend request if you'd like.

I hope y'all are all celebrating Hispanic Heritage Month with tacos, even if it is a Wednesday.