Do You Know A. B. McKinley? 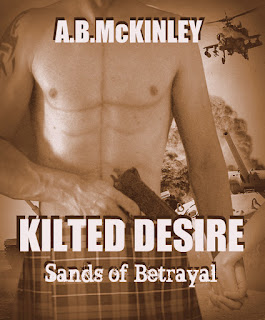 I first read the name A. B. McKinley about a year or so ago when a reader who had befriended me on Facebook suggested I check him out. When I saw he was a Scot who wrote a romance I was seriously intrigued. What is a man who was born in Glasgae and was once a member of the British Special Forces doing writing romance? Check out his website for a chance to find out.

Scott Maclaren, a strong Special Forces Scotsman, is terribly injured during his tour of duty in Afghanistan. His journey begins with a broken heart after his wife leaves him for another man during his time in the hospital. Traveling across the Atlantic to visit family, his story now begins.
After years of physical therapy and being alone, things were about to look up. Katie Johnson, a beautiful Ohio schoolteacher, was where his ‘dream’ of passion and love were to become reality. Smoldering embers became a passionate, raging fire between them. A wanting and desire that burned for one another as neither had ever experienced before.
Scott’s love for Katie and her two girls would lead him to great lengths to make all their dreams come true, including a six-month security contract in the Middle East. The money would ensure financial security for life.
The contract was to secure the safety of a young attractive businesswoman, Britney Parnell, who is accustomed to getting what she wants… and she wants Scott. She wastes no time in making her yearnings known. All can see her motives, but Scott. His only thoughts while in Baghdad are to keep her safe amidst terrorist attacks, shootings and bombs exploding all around them…
This sensual, sexy adventure begins with the ultimate betrayal and is filled with action, intrigue, passion and steamy love scenes.
Inspired by true events… 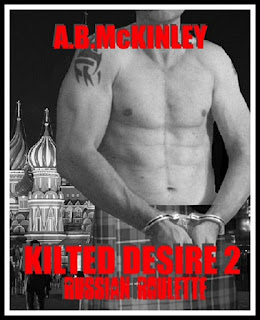 After his recent adventures in the Middle East, all Scott Maclaren wanted to do was relax. He looked forward to his new life as a family man.
But, things never seem to ‘go-as-planned’ for the tough Scotsman.
Soon, after his return to the U.S., Scott finds himself catapulted back into the thick of action. Once again, he is called upon and will need all of his Special Forces skills, as he battles new foes.
The excitement and drama heat up, both inside and outside the bedroom in this romantic thriller. This suspenseful sequel is filled with even more action, adventure and passion.

BUY
Posted by Author Missy Jane at 6:00 AM

Email ThisBlogThis!Share to TwitterShare to FacebookShare to Pinterest
Labels: A. B. McKinley, guest author