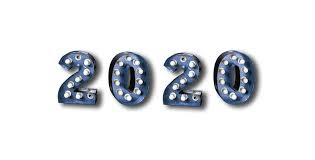 Happy New Year! I hope the first week of the year has been good for you. I've obviously procrastinated a bit. In truth, it took a few days for me to decide whether or not to post a New Year post, but since I've been seriously lacking in the writing department I figured I should.

2019 was an up and down year for me. Another one of my kids graduated high school and entered college. We announced to our world that my youngest identifies as male. I asked for the rights back from the last "traditional" publisher that still had some of my books. I self-published for the first time. I wrote probably less than any previous year in the past ten years.

Around me the world is on fire, at war with each other politically and socially, and most people can't even agree on what constitutes human decency. But I am very hopeful that we've seen (or at least come very close to) rock bottom, so now the only way is up. As a human I'm going to keep chugging along and stick to my beliefs.

As a person, I've decided not to create official resolutions this year. It's too much unnecessary pressure when no one really expects anyone else to stick to them. I am, however, going to try to be better at a few things I do, and restart a few things I was doing last year at this time that I never should have stopped. Yes, writing is one of those things.

I hope your year has begun as a refreshing start to a new chapter in your life, and I wish you good luck on making it through the next twelve months.
Posted by Author Missy Jane at 10:36 PM