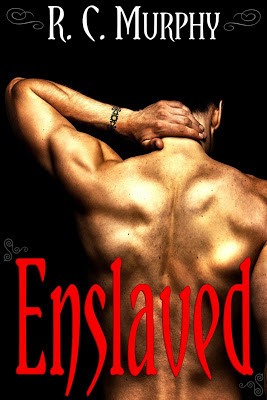 Do you like fantasy, paranormal, or science fiction stories? Then today's spotlight is definitely for you! Read the blurb and an excerpt below.

The gods are flawed . . . and they make awful parents.


Deryck knows first-hand the cruelty of the gods. Three thousand years after his birth, he is still trapped, forced to service humans as an Incubus—unable to choose whom he sleeps with, and living a life completely devoid of love. There is no out for him. No hope. Or so he thought.


Shayla McIntire spent five years getting her life back on track after the accident claiming her husband’s life. She is content to a nice, boring, subdued life free of the abuse she suffered before. Her friends are worried. They want her to find the man of her dreams and move on.
Little do they know, the Powers That Be have decided the man of Shayla’s dreams for her. There’s just one hitch, he’s enslaved to the gods and it will take power she doesn't know she has to free him. Deryck isn't the only one hoping Shayla will free him, though.

Little birds swooped down to the patio. They hopped between tables, pecking at crumbs dropped by messy eaters or people suckered in by their teeny, tiny cuteness. A group of birds fought over a sizeable chuck of bread beside Shayla’s table. She dropped another down to them. The birds left the first piece of bread and flocked to the new one. A smart one broke off and doubled back to the original piece. It flew off with its prize while the others cheeped and pecked at each other.

“Your croutons are getting soggy,” Faye said. She nudged Shayla with a foot under the table.

“Sorry. I’m not very hungry.” Shayla dropped the rest of her dinner roll to the birds. A busboy across the patio gave her a disapproving look.

Faye reached across and handed Shayla a fork. “You need to eat. We aren’t leaving until you do.”

“Are you going to mother me all afternoon?” Reluctantly, Shayla stuck the fork into her Caesar salad.

“Only if you need it. Judging by the half-ass makeup job and wrinkled clothes, I’m going to go out on a limb and say you need someone to remind you to take care of yourself.” Faye shook her head. “Are you still hung up on what happened at the office? It’s been days. He hasn’t been around again, has he?”

Shayla chewed the bite of salad. Going to lunch with Faye was a mistake. The woman could have been a chief interrogator during the inquisition.

“No, I haven’t seen him again.” Much to her dismay. That fact alone caused her to panic. Was there some sort of psychological disorder where victims of stalking wanted to be followed? Better yet, she should just simplify it and say she’d lost her goddamned mind in the last few days.

Shayla pushed her bra strap back onto her shoulder. She’d worn the lace and satin bra she swore she’d never wear. Why? God only knew.

“That’s it, I’m going to call NASA,” Faye blurted out of the blue.
Shayla jumped. Lettuce flew off her fork and landed on her lap. Creamy salad dressing and parmesan cheese smeared over the leg of her jeans. Cursing under her breath, Shayla picked the chunks of salad off her thigh and swiped at the mess with a napkin.

“What the hell? Does NASA even exist anymore?”

Faye handed over another napkin. “I sure as hell hope so, or our only chance to bring your mind back to earth is gone.”

Faye calling her out about being a space case made Shayla feel worse than before. She gave up on cleaning up the salad dressing and tossed the dirty napkins over her food.

Faye nodded. “Please do. Maybe then you’ll start acting like yourself again.”

“That guy has been on my mind since seeing him at the office. Every time I pass the flowers he brought, I want to track him down and thank him for them. Or at the very least, apologize for freaking out and calling the cops on him.” Shayla leaned back in her seat.

“Can you fall for someone you think may be stalking you?”

Thank you for joining our blog hop! Don't forget, it goes all week long. For each day’s blog, you can check Just Ink Press's Facebook page here: https://www.facebook.com/JustInkPress. All commenters on the page will be entered into a GRAND PRIZE drawing at the end of the week and the more you share (i.e. Twitter, Facebook, etc.), the more chances you have to win copies of FOUR eBooks: The Dracove by NL Gervasio, Gods & Vampyres by NL Gervasio, Nemesis by NL Gervasio, and of course, Enslaved by R.C. Murphy—a $20.46 value. So be sure to say hi, drop the links to your shares on our page, and let all of your friends know!

R.C. Murphy spends her nights writing urban fantasy novels and a slew of short stories for her blog, The Path of a Struggling Writer. By day she is a not so mild-mannered housewife, wrangling vampires, demons, and various other nasty creatures. R.C. has joined forces with fellow writers, artists, and actors to form the Zombie Survival Crew where she reviews movies, TV shows, as well as penning articles on important survival skills.
Blog | Twitter | Facebook | Zombie Survival Crew | Just Ink Press

Posted by Author Missy Jane at 6:00 AM